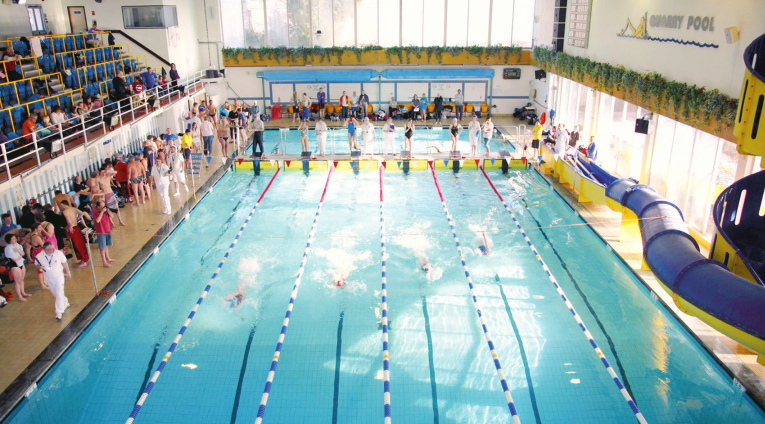 Keep the Pool in the Town Centre

What's your thoughts on the split-site option?

Register your support Recent news How you can help

Who was consulted but ignored? What are the comparitive distances for walking or cycling? See our infographic report for more!

Keep on supporting the Quarry Pool

We want the best possible swimming facilitiy in the town centre

History of the Swimming Baths

Read the story of the Jubilee Baths built in 1894

The council's favoured option, decided back in December 2020, is a split-site option with two 25m pools, one with four lanes at the existing Quarry Pool site together with a Spa, and another 8-lane 25m pool located up at Sundorne Sports Village. We believe this won't meet the current needs of the public or the clubs that presently use the swimming pools and will make access to all facilities via public transport much more limited.

Despite the council promising to consult with groups such as the Quarry Forum, this news came out of the blue for us all. There has been no consultation with us or any of the clubs that use the pools since Feb 2020 which is rather disappointing.

The Quarry Forum hope to get more engagement with the Council before they make a final decision that we feel ultimately will be detrimental to the town, will offer less facilities for the numerous clubs and groups that use the existing baths, and make access for many users much more limited.

Significant loss of swimming facilities from the heart of Shrewsbury.

The majority of the people of Shrewsbury (68% according to the Council's survey) want the swimming pool to be kept at the heart of the Town Centre. Town businesses, the Town Council and other organisations are all in favour of this too. Until recently, Shropshire Council have their own ideas and and had simply ignored the public and businesses and instead proposed to move it out of town up to Sundorne. We all believe that would make it harder for the majority of people to get to and we simply did not believe the Council's figures and justification for that move. We pressed them hard to get a proper independent cost-benefit analysis done but kept hitting a brick wall.

However, thanks to this campaign, we managed to delay the Council's decision, get the Town Council and BID on board and have now finally got the Council to listen.

This website is run by the Quarry Swimming and Fitness Forum. We are a group of users and supports of the Quarry Swimming and Fitness Centre, set up to campaign for keeping the swimming baths in the centre of town where it is most accessible. In addition to a lot of discussions with the Council and other groups we have also ran two very well supported protest marches through the town. Our campaign has also been covered by BBC Midlands, BBC Radio Shropshire, Shropshire Star amongst others. You can also find us on Facebook and Twitter.

There are other ways you can help too - we still need you to write to your Shropshire councillor and our MP, write letters to the paper, put up posters, etc. The fight is not over yet!.

Do you...
If so, please make your views known and choose to keep the Quarry Pool in the town!
Tweets by @Quarry_Pool